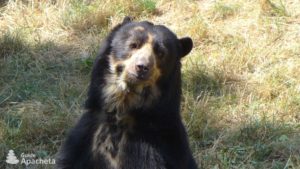 The spectacled bear is the only species of bear in South America, present from Venezuela to Bolivia. Its fur is black with whitish patches around the eyes, which can extend all over its muzzle. It measures a little less than one metre at the withers and weighs between 140 and 175 kilograms.

Mainly herbivorous, it sometimes supplements its diet with rodents, reptiles, fish… and on very rare occasions, it sometimes eats larger mammals, such as cows or camelids.

Her life expectancy is about 30 years and the female gives birth to only one or two cubs per year. Its total population is estimated at less than 20000 individuals across the continent. It is the most endangered bear in the world and one of the most difficult animals to observe in the Andes.

If you embark on a trek through the Vilcabamba Cordillera in Peru, see the guidebook Inca Cities of Vilcabamba, you may be lucky enough to catch a glimpse of it. And if you are not so lucky, you can always admire those of the Biopark of Doué la Fontaine (France), where its beautiful photos were taken 🙂 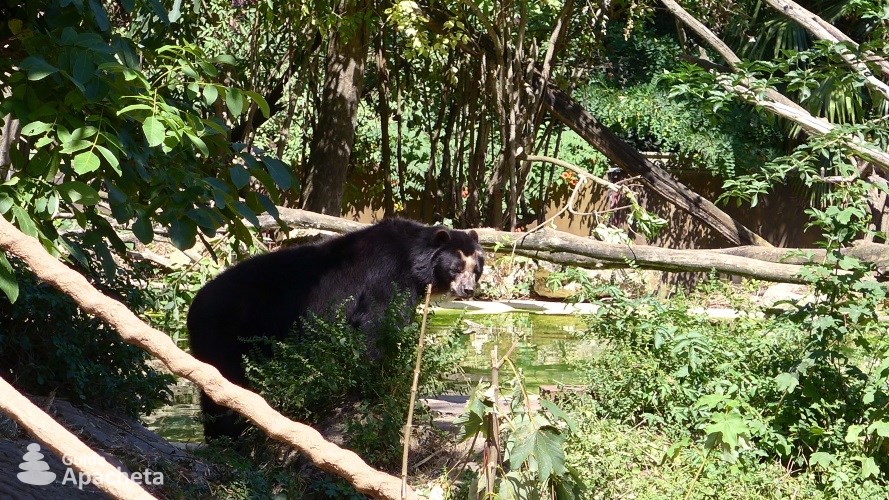