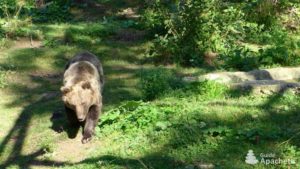 In Europe there are about 14000 brown bears. The Carpathian Mountains are said to have around 6000 to 7000 individuals. If Slovakia and Poland have 800 between them, Ukraine would have 1000 and Romania 5000. According to the animal protection associations, these figures would be inflated or even doubled for the Ukraine, so that the hunting quotas do not decrease, a very lucrative activity. According to the AVES association, the brown bear is even threatened with extinction in the next decade.

Of a solitary nature, the bear lives for about thirty years, mainly in beech forests situated between 800 and 1500 metres above sea level. Known to be a predator, the bear is mainly omnivorous. It feeds on berries, roots, mushrooms, as well as fish, insects and small mammals. They are about two metres tall when they stand on their feet and can weigh up to 400 kilograms..

Is the bear dangerous?

The slightest search on the internet brings to light a multitude of articles, incidents that have occurred in Romania… In reality, these are the same two cases of unconscious people, repeatedly reported by the press. Try to pet it, and of course it will sweep you off your feet… The problem is that today it has become a tourist attraction. The problem is that nowadays it has become a tourist attraction. Bear watching in the rubbish bins of Brașov (Romania) is almost part of the travel programme. That said, even if an encounter with a bear remains impressive and potentially dangerous, they are rare on the trails. Bears tend to be discreet. And in the forests, there is no shortage of hiding places.. 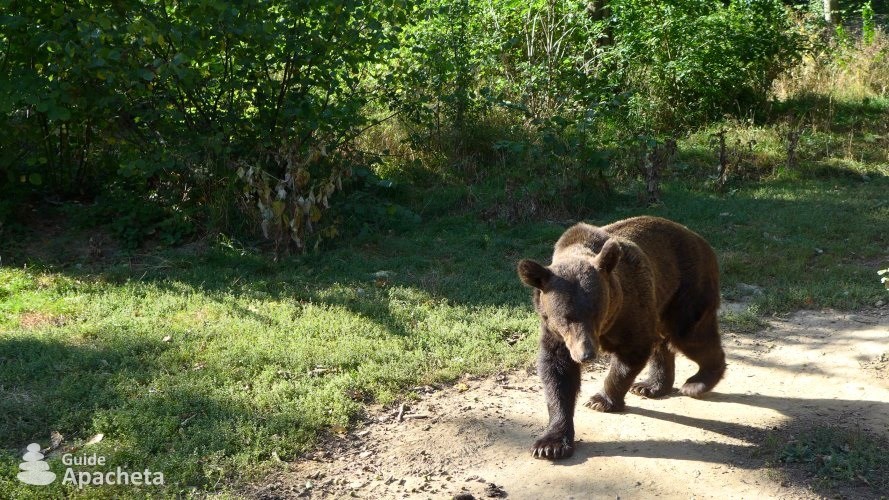 Where to watch bears?

The Romanian animal protection association Milioane de Prieteni has a sanctuary at Zărnești (not far from Brașov) for bears. It takes in injured or mistreated bears (fair bears, bears in captivity…) which it shelters in its 69 hectares of lush forests. More than 80 bears have already benefited from this programme. To raise funds, the association opens its doors. It is neither an animal reserve nor a zoo that can be visited freely. The visit to the sanctuary is accompanied by a guide and lasts about an hour. During this time, you will discover the tragic stories of some bears..