Who never knows how to break his head to find a good topographic map for his next trek at the end of the world? To do so, there are online bookshops that offer a large collection of hiking maps, travel guides, books… Among the most provided, there are (in France):

Here are the maps proposed by these libraries for the destinations covered by Guide Apacheta guidebooks:

Numerous maps cover the Mountains Făgăraș at different scales. Among the most interesting maps, the collection Munții Noștri offers the most recent and updated maps of the Romanian Carpathians. It covers the massif with a double map referenced « Făgăraș MN07 ». The first one at 1:75 000 dedicated to the whole of the Mountains Făgăraș and the second one zoomed on the alpine area at 1:35 000. The map « Fagaras – Bucegi – Piatra Craiului » at 1:80 000, published by TerraQuest, also offers a good coverage of the massif, as well as the nearby massifs.. 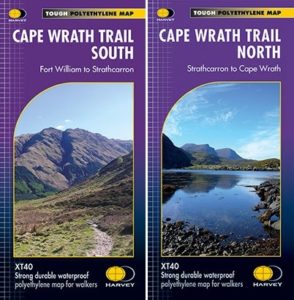 Several maps cover the Highlands at different scales. The publisher Harvey Maps offers two maps, « Cape Wrath Trail South » and « Cape Wrath Trail North » at 1:40 000, which cover the entire route and many variations. In addition, it indicates the quality of the trails (easy trail, unmarked trail…), various information and the maps are waterproof and tear-resistant.. 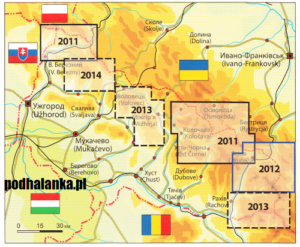 Crossing the Ukrainian Carpathians requires several maps, see this article for more details. Apart from the old maps of the Soviet army, which can be easily found on the internet, other more recent maps have emerged. Although they are harder to get hold of, they are easier to read and show trail markings. Since they are difficult to find, any map is good to take.. 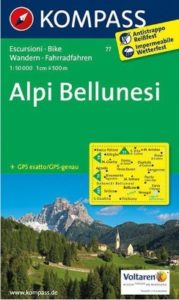 The Traumpfad does not currently have a single map of the entire route, so different maps are required. Several publishers cover the Eastern Alps in 1:25 000 and 1:50 000 scale. These are sufficient to complement the guide book and the GPS track..

For 1:50 000 mapping, the maps of the German publisher Kompass cover both countries: 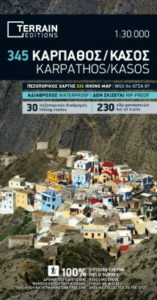 The island of Karpathos is covered by various maps that are easily available on the island or on the internet. The most precise and recent is the n°345 « Karpathos / Kasos – Κάρπαθος / Κάσος », published by Terrain Edition at 1:30 000. It covers the islands of Karpathos and Saria and contains a map of the city of Pigadia. All the paths are represented, as well as many other information such as churches, ruins, beaches… The map is also available in digital version with the ViewRanger application. 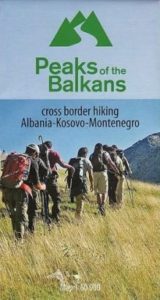 Peaks of the Balkans (Albanian Alps – Montenegro, Albania and Kosovo)

The Peaks of the Balkans tour is covered by the official map « Peaks of the Balkans » with a scale of 1:60 000 from Huber Verlag and the map « Prokletije / Durmitor, Albanian & Montenegro Alps » with a scale of 1:65 000 from TerraQuest. There are a few other maps that are a little more precise, but they only cover a more touristic area, usually Thethi and Valbona in Albania.

The Finnish Maastokartat map backgrounds are available online on many sites. The one of ExcursionMap.fi also allows you to display by superimposition a lot of information, such as the location of huts, shelters… Several GPS applications, such as Maastokartat, also offer these map backgrounds (free online consultation, paid offline download).

The Piki and Lima 2000 editions publish a booklet « Trekking Cusco » including six maps of the Cusco region, one of which is dedicated to the Vilcabamba Cordillera at 1:115 000. These are simple tourist maps (it is not a topographic map), with some mistakes, but sufficient to complement the Apacheta Guide to make a trek. 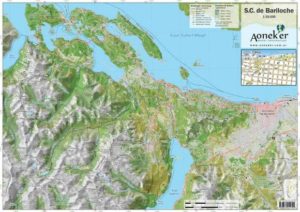 The Aonek’er editions have an excellent cartography covering the park in two 1:50 000 maps: « San Carlos de Bariloche » for the eastern part and « Monte Tronador – Paso de las Nubes » for the western part. Other editions cover the region in a single map, but they are less accurate « Refugios, Sendas y Picadas » at 1:100,000 and « Sendas y Bosques » at 1:200,000. Unfortunately these maps are not available in Europe.